Depression is a common psychiatric condition affecting humans worldwide. It affects both young and elderly. Statistically, depression affects about 1-5% of children with a much higher incidence in youth. The risk of developing depressive disorders increases in adolescence.  With an increase in depression disorders, suicide rates are also on the increase because most youth who are at risk of committing suicide have at least one psychiatric illness most commonly a depressive illness. It is worth mentioning that youths who have attempted suicide in the past have a much higher chance of re-attempting and possibly succeeding in future suicide attempts.

With the advancement in understanding disease processes, new treatment approaches are available. Both suicide and depression need long-term management and follow-up by the psychiatrist. Treatment of suicide and depression includes drug treatment and/or psychosocial treatment. To effective and timely resolution of symptoms, combination therapy is used. Before treatment is commenced, adequate assessment of clinical symptoms, mental state assessment, assessment of suicidal ideation and behaviour. Suicide occurs commonly in youth suffering from depression, but it is also very common in youths with no depressive symptoms hence the need for accurate assessment and diagnosis as the treatment is somehow different in both groups. 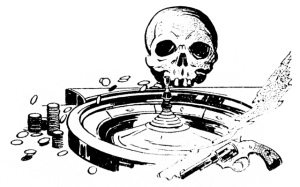 From two randomized studies, fluoxetine an antidepressant was found to be the only drug approved by Food and Drug Administration (FDA) for the treatment of depressive disorders in children and adolescent. Most physician use antidepressant in controlling symptoms of depressive illnesses, few studies are available showing their efficacy and safety.

A study conducted by Taryn L and colleagues from South Western University revealed that antidepressant is highly effective in treating children with depressive disorders. There was a remarkable improvement in the clinical symptom in children less than 12 years of age when compared to adolescent. They said that most initial studies on the efficacy of antidepressant only focussed on adolescent whilst neglecting children populace. Reasons for such neglect were the inability to address the impact of age due to sample size limitation. Their finding is highly encouraging and it provides clinicians evidence for usage of antidepressants in children.

Currently, psychosocial therapy is used mainly by the clinician in managing youths with depressive illness/ suicidal tendency. It is used alone in mild to moderate depression or as a combination therapy with antidepressants. Treatment is effective when used in combination with drugs. Due to black box warning, most clinicians are reducing prescription rates of antidepressants. In a study by Anat Brunstein and colleagues, many treatment protocols for suicide and depression were examined and supportive evidence given. Studied treatments included: cognitive-behavioural therapy, attachment-based family therapy, and interpersonal psychotherapy got adolescents. The aforementioned therapies are effective in the short term but limited data is available to determine their long-term efficacy.

Treatment modalities like dialectical therapy used for the adult have been modified for use by adolescents. Another new approach designed for suicide/ depression treatment entails a youth selecting a group of adults with the similar medical condition. The adults provide psychological support to the adolescent and at the same time receiving their own support from each other.

Making a diagnosis of suicide in the adolescent is quite challenging for the most clinician. Suicide occurs in normal youths with no psychiatric illness and it spans across a range of psychiatric disorders. Diagnosis aid has been designed and this provides the clinician with a standardized method of making the appropriate diagnosis. It is highly recommended that this assessment should be incorporated into the routine psychiatric evaluation of all youths because of the increase in suicidal attempts/rates amongst our youths. This will enable prompt diagnosis and appropriate treatment.

Forgiveness, Depression, and Suicidal Behavior among A Diverse Sample of College Students

Can insulin therapy for gestational diabetes cause weight…

7 Reasons Yoga is a By-Product of Weight Loss