Aromatherapy is an alternative form of therapy in which essential oils extracted from herbs and plants are used to alter or treat a disease process. The essential oils extracted can be put on the individual’s skin or inhaled into the lungs thus acting as the route of treatment. With ongoing drift into the different forms of alternative medical therapy, aromatherapy has received much attention by alternative practitioners. It is believed that the aroma produced by these herbs and plants affects mood, cognitive behavior, alters the activity of the brain and enhances the secretion of hormones and enzymes. It is worth mentioning that each herbs and plants have a distinct way it affects the function of the body.

History or Origin of Aromatherapy

Aromatherapy dates back to centuries and it has been part of ancient civilization. Many ancient civilizations like the Egyptians, Chinese, Indians and the Greeks used aromatherapy for different purposes. It was frequently used as cosmetics, massaging and bathing oil, in mummification and in treating several diseases and ailments. The exact origin of aromatherapy is obscured but it has been part of human development.

During the Second World War, a French physician by name Jean Valnet pioneered the use and further described the effectiveness of essential oils as an antibiotic and antiseptic solution. He used this solution to effectively treat wounds of injured soldiers in battle. 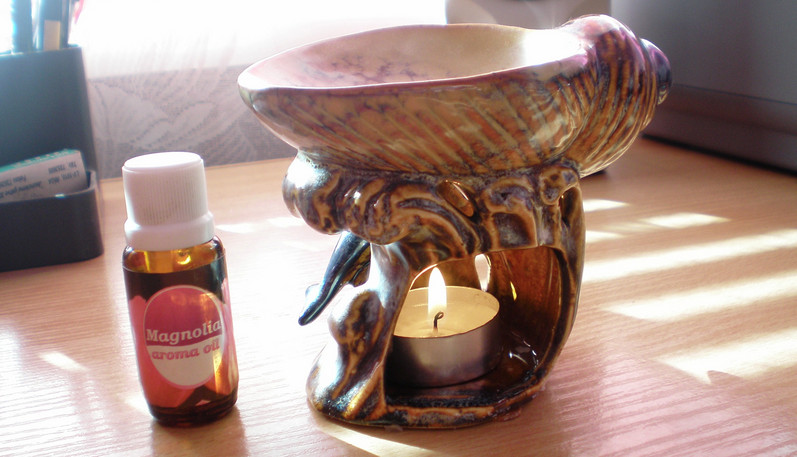 In alternative medical practice, aromatherapy has various uses and its effect is specific to particular type of oil.  Essential oils like jasmine, peppermint and lavender are used as an anti-stress, anti-ageing, anti-depressant and anti-anxiety agent. Aromatherapy is also effective in improving short and long term memory, improves cognition and behavior, affects circadian rhythm and prevents brain damage. Aromatherapy is also known for its ability to soothe and promote general look of the skin.

Other uses of Aromatherapy

Aromatherapy can also be used to treat wounds from burns because it promotes skin growth and its antiseptic effect (ability to kill micro-organisms), used in hair growth, relaxes the mind and improve general well being, in alopecia, constipation, insomnia and in the treatment of dermatologic disorders like psoriasis.

Precautions or Warnings for Aromatherapy

Safety issues have risen following the use of aromatherapy. When used in concentrated form, there can damage the skin and as such, aromatherapy essential oils should be diluted before usage. Care should also be taken in pregnant women and lactating mothers because of potential effects to the fetus or the baby. As with any other medicines, essential oils should be placed out of children’s reach to prevent accidental swallowing and poisoning.

Top 3 providers of Aromatherapy in the USA

The practice of aromatherapy is becoming common with new specialist and centre offering such services. From our studies using web presence, cost, effectiveness and customers review and feedback, we selected the top 3 providers of aromatherapy in the United States of America.

How often do I need to check my blood sugar level?

Biofeedback Therapy – Who Can it Help and How with Infographic