For many years, women have had to deal with sexual issues without any medical help; while men have had several drugs put on the market to help with their sexual deficiencies in performance. Now, women have a choice, this revolutionary new drug flibanserin has been approved by the FDA, Federal Drug Administration  to treat HSDD, or Hypoactive Sexual Desire Disorder, which occurs in premenopausal women, and is sparking lots of controversies. 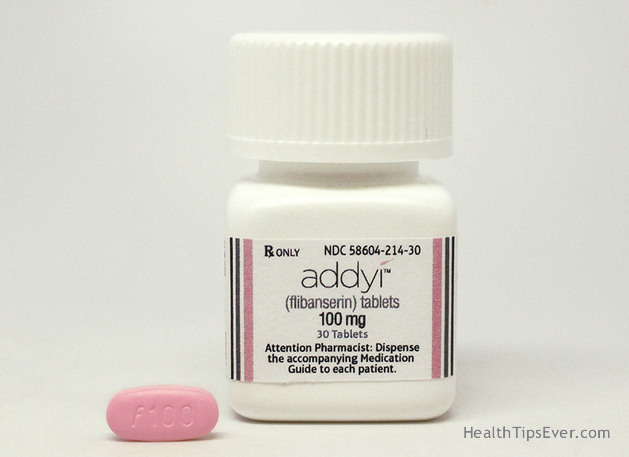 The drug, while often referred to as “female Viagra”, is more akin to an antidepressant as it changes brain chemistry similar to the way that dopamine and serotonin do. Viagra relaxes muscles and increases blood flow to particular areas of the male body, helping treat erectile disfunction. While the blue pill for men should be taken before engaging in sexual activity, women are to take the pink pill daily.

This drug flibanserin come with some side effects, just like any drug on the market. The side effects are drowsiness, severe low pressure, loss of consciousness and nausea. This is considered by some experts to not be an acceptable drug for the market. Though it has been rejected twice by the FDA and is now being approved, many other medical practitioners are thrilled that this drug is now available for their patients that have been suffering for years with these medical issues. Their take on this drug flibanserin is, they now have a choice for their patients. Currently, no drug for female sexual issues is available, and this is very frustrating for both the patients and their doctors. Treating HSDD now has a fighting chance of relief and once available to doctors, will be able to treat patients with certain levels of monitoring, just like any other drug on the market.

Some concerns about flibanserin are the possibility of severe low pressure and loss of continuousness. These side effects are linked to persons that consume some level of alcohol; now almost all medications have some side effects when taken with excessive amounts of alcohol. The FDA has stipulated rigid control for persons that are prescribed this drug, because of these side effects.

For some women’s organizations; their take on this drug flibanserin being available and the controversy about it is, racist. The fact that drugs for male sexual deficiencies have been available for years, and women are just now being recognized as having real issues that need help; certainly needs for groups like these to speak up. This women’s campaign is been supported by the Sprout Pharmaceuticals, the manufacturers of the drug flibanserin. The name under which Sprout Pharmaceuticals are selling the drug is ADDYI.

Although the drug has been approved by the FDA, they require all medical practitioners to be registered and certified with REMS, the Risk Evaluation and Mitigation Strategy program. When drug flibanserin is prescribed, counseling must be given to patients on the risks of drinking alcohol while using the medication.

Andrea Bramwell is a freelance health writer whose purpose is to ensure her readers get informative and accurate articles on medical issues which she is most passionate about. She dabbles in other genre of content like legal, spiritual and contemporary issues.
Continue Reading
FDAsexual drugsSexual health
1,368
Share FacebookTwitterGoogle+ReddItWhatsAppPinterestEmailLinkedinTumblr