Neuro-linguistic Programming – Understand Yourself in a better Way 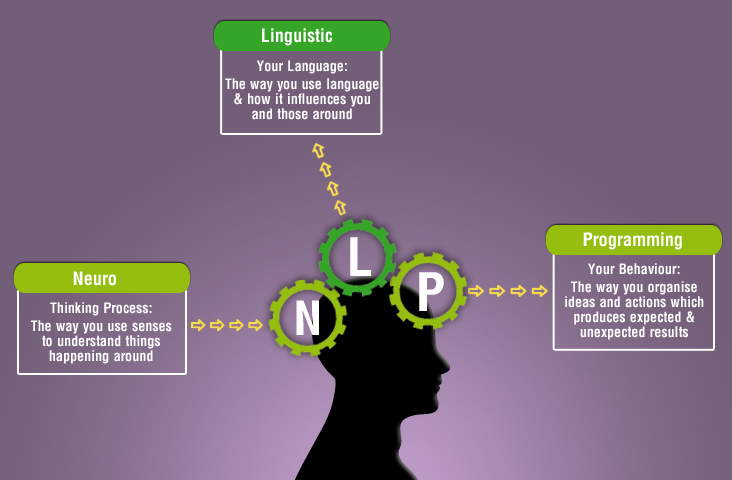 Neuro-linguistic programming (NLP) is the study of the patterns of the human behavior. NLP explores the human mind like on how we motivate ourselves, how we give importance to our experiences, how we think of new ideas as well as how we develop our way of thinking. This serves as a manual for the mind and it also allows our minds to continuously achieve specific goals and outcomes. Neuro-linguistic programming is like a skill set, you can use these skills to be more in charge of your feelings and be able to run your life successfully.

Neuro-linguistic programming provides a variety of techniques that people can use. The following are most effective techniques:

In year 1970, Richard Bandler who is a student of mathematics and Dr. John Grinder, a linguistic professor were the ones who pioneered the Neuro-linguistic programming. They began applying their behavioral modeling activity which later on became more successful that they end up growing into a development group with other members to whom they share the same ideas, insights as well as techniques in studying the thinking and behavioral skills of people.

Most common uses of neuro-linguistic programming

Neuro-linguistic programming are commonly used to help in overcoming phobias, to increase self esteem and confidence, to better understanding of others, to better understand yourself, to improve communication, can also be used as a therapy and this can also allow a person to finally stay away from bad and old habits. This is also used to generate your own learning and development for a much better behavior. It can also promote true understanding of yourself as well as understanding others which can also be very helpful in building good connection between you and the other person.

Also be used for

Neuro-linguistic programming can also be used for other fields such as marketing, sales, negotiation, for sports, management training, for teaching as well as public speaking.

Neuro-linguistic programming is a popular method for self improvement as well as for career development field. Many teachers, trainers and other health practitioner’s don’t really have full knowledge of its healing powers. As someone who would like to try this program, you should always ask your health provider for further details so that you would know if they can really help you. Neuro-linguistic programming promotes to enhance the healing process; you should not use this independently as an alternative source to heal other illness. It is always recommended that you ask your physician for guidance regarding other serious illness or disease that you may encounter.

What are the complications of diabetes?

Save a Life: How Does Marijuana Adversely Affect Your Body

Biofeedback Therapy – Who Can it Help and How with Infographic

5 Factors that Wreak Havoc on Your Sleep Cycle