What are the NICE Clinical Guidelines? 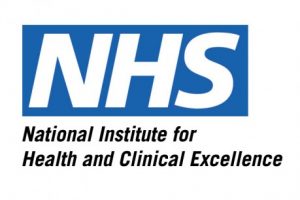 are recommendations, based on the best available evidence, for the care of people by healthcare and other professionals. They are relevant to clinicians, health service managers, and commissioners, as well as to patients and their families and careers. The guidelines change the process of healthcare, improve the patients’ healthcare outcomes and ensure the proper use of resources. The guidelines have been widely integrated into healthcare systems with a focus on effective treatment of depression and anxiety disorders within the National Health Service in England.

The UK government was receptive of NICE (National Institute for Health and Care Excellence) and allowed its integration into the health systems broadly. A general political commitment to increase the availability of evidence-based psychological treatments was secured in 2005. Prior to full roll out, the UK government decided to fund two pilot projects that were meant to test whether the expected outcomes from implementing NICE guidelines could be achieved in practice if a local area was given increased funding to recruit and deploy additional psychological therapists. This formed the basis for the establishment of Doncaster and Newham demonstration sites. The demonstration sites recorded success based on the expected outcomes and as a result, UK Government announced that it intended to greatly increase the availability of evidence-based psychological therapies for depression and anxiety disorders throughout England through a phased roll- out that would last several years.

The program has achieved surmountable success up to date including IAPT services have been established in 95% of PCTs and appointment of over 3,660 new high-intensity therapists and PWPs have been appointed and trained. Similarly, the IAPT services are currently seeing around 310,000 patients per annum and aim to see around 900,000 per annum by 2015 when the roll out of the program should be complete. However, even with the success the program still experiences surmountable challenges. A challenge for the completion of the program is a change in the way in which the funding for the training and new posts will be managed.

Implementing NICE guidelines for the psychological treatment of depression and anxiety disorders: The IAPT experience

How Laughter is Good for Health

Is Personal Recovery in Schizophrenia Predicted by Low…