Most Americans do not consume enough fiber in their diet. In fact, many consume around 50% of the minimum recommended daily fiber intake. This sad state of affairs is occasioned by the fact that nearly 97% of Americans do not eat adequate amounts of plant based foods which are the main sources of fiber in the diet.

The importance of fiber is underscored by the fact that if 50% of adult Americans ate just a bowl of oatmeal each day to provide them with an extra 3 grams of fiber, they would save billions of dollars they would spent in medical costs treating constipation.

Eating plant based foods to increase daily fiber intake also lowers the risk of developing cardiovascular diseases, cancer, diabetes and many other conditions.

Dr Hugh Trowell was the first scientist to connect fiber intake with life threatening diseases. After spending 3 decades practicing in Africa, he drew the conclusion that their high fiber diet which consisted of corn, millet, beans and green leafy vegetables helped them avoid developing chronic diseases.

Dr Trowell did not support the fiber hypothesis postulated by reductionists since he believed that it was the entire high fiber food that offered the protection and not just its fiber content.

He was of this opinion because whole grains have very many different nutrients that have health benefits in addition to their fiber. For example oatmeal contains fiber which can reduce blood cholesterol levels and the accumulation of fats in arteries. However, oats also contain other nutrients which reduce inflammation in the body and stop fats from clogging blood vessels.

It is also known that persons who consume the most fiber and who have the lowest cholesterol levels are those who only eat plant foods. 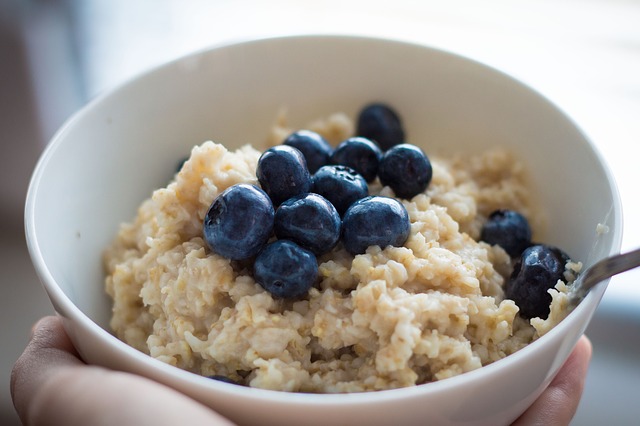 A Harvard Medical School study of older women who had heart disease and who were consuming the standard American diet found that those who ate less than 1 serving of whole grains had considerably narrowed blood vessels.

This study which injected dyes into their hearts found that the arteries of the women who consumed more whole grains were appreciably less clogged and this group also had considerably less progression of their atheroscelorotic heart disease. This reduced disease progression was almost as much as that which can be expected from persons taking prescription medications known as statins which lower cholesterol levels in the blood and reduce clogging of arteries.

A whole food plant based diet has also been proven to open clogged blood vessels and reverse heart disease. These plant foods also protect the heart from the damaging effects of other foods consumed in the diet. For example, eating oatmeal with foods like bacon and eggs is more beneficial than eating these artery clogging foods by themselves.  However, the best choice is not to eat foods which block the arteries and cause heart disease.

Charcot Joint in Diabetes – what to promptly act?

Why You Need More Than Just Probiotics for Gut Health

Once and for All, is Eating Butter Bad for Your Health?

Best 15 Foods that will Boost Your Metabolism

Best 15 Foods that will Purify Your Blood Naturally

What are the General Signs and Symptoms of Diabetes?