A study on development of schizophrenia spectrum disorders (SSD) in patients diagnosed with substance-induced psychoses (SIP) was carried out on 18,478 Finnish inpatients. The primary aim of the study was to investigate the rate of SIP conversion to SSD and also compare the causative substances, age and gender of subjects, the duration of index admission, hospital stay and subsequent follow-up, until occurrence of SSD, death or the end of study period, whichever occurred first. Data was collected using nationwide Finnish hospital discharge register (FHDR) and linked to the Causes of Death statistics from Statistics Finland between January 1987 and December 2003. 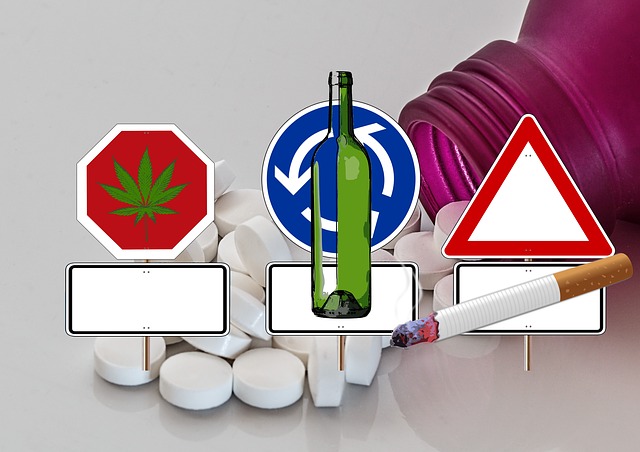 All the subjects had their first diagnosis of SIP and subsequent diagnosis of SSD defined by DSM-III-R (codes 2921 and 2928 for SIP and codes 2951- 2959 & 2971 for SSD) between 1987-1985 and by ICD-10 thereafter (F10 – F19 with third digit of 4, 5 or 7 for SIP and F20, F22, F23 for SSD). The conversion rate was calculated by dividing the number of cases with the corresponding follow-up time. Kaplan-Meier method was used to obtain cumulative probabilities for conversions and Cox regression models were used to study adjusted effects of co-variates on conversions.

Of the 18,478 subjects who were first diagnosed with SIP on discharge, 0.7% cases were induced by cannabis, 4.5% by amphetamines and the majority, 85.4%, induced by alcohol. [pullquote]The eight year cumulative risk to get a Schizophrenia spectrum diagnosis was the highest, 46%, for subjects with cannabis induced psychosis, followed by 24% for amphetamine, 24% for hallucinogen, 21% for opioid and 5% for alcohol.[/pullquote] Although alcohol-induced psychosis was the most commonly encountered SIP, the risk of development of schizophrenia spectrum disorders was the lowest in it. The crude rates of conversion to SSD, in decreasing order for cannabis, amphetamines, hallucinogens, opioids, unknown substances, sedatives and alcohol were 12.5, 4.5, 4.5, 4.3, 2.7, 2.4 and 0.65 respectively per 100 person-years. Although it has been suggested that cannabis increases the risk of schizophrenia, the overall number of cannabis-induced psychosis was small in our study.

Among all the SIPs, only amphetamine-induced psychosis showed a higher rate of conversion to SSD in males, as compared to females, no other differences were found with respect to gender. Subjects less than 30 years of age were found to have a significantly greater risk of conversion to SSD as compared to the above 30 age group, pointing to young age group, especially adolescent period, of being a neuro-biologically vulnerable period. Among all SIP, alcohol-induced psychosis subjects were significantly older than subjects with psychoses induced by cannabis, amphetamines, opioids or sedatives. This long history of alcohol intake, with persons developing alcoholic hallucinosis, but no elevated incidence of schizophrenia, supports the idea that alcoholic hallucinosis and schizophrenia are two distinct clinical entities.

The majority of conversions to SSD occurred in the first 3 years following index treatment period, especially for cannabis-induced psychosis. The diagnostic change of other SIPs had a more linear pattern of conversion with time.

The study shows that substance-induced psychotic diseases predict schizophrenia spectrum disorders to a greater extent than previously thought. Greater emphasis needs to be put on provision of clinical follow-up for patients treated with a diagnosis of substance-induced psychosis to know the outcomes. Also, more research is needed to recognize and establish the role of exact clinical variables contributing to later development of schizophrenia and to develop effective early intervention strategies in substance abuse disorders for better prognosis and possibly prevent some of the functional impairments and distress caused by the illness.

You have just read a summary of the research paper: Niemi-Pynttäri, J. A., et al. “Substance-induced psychoses converting into schizophrenia: a register-based study of 18,478 Finnish inpatient cases.” The Journal of clinical psychiatry 74.1 (2013): e94-9.

The Encyclopedia of Vitamins, Minerals and Supplements

What is the Relationship between Bronchitis and Asthma?

What are the Reasons for Gestational Diabetes in Pregnancy?