How to Talk to Your Children about Celiac Disease?

If one of your children has celiac disease you are going to have to have a conversation with them about the disease, and the lifestyle changes your child will have to make because of it. It might be a good idea if the whole family tries to make these changes as far as possible so that one child does not feel excluded. Before you can explain it to your child, you need to know what the disease is, what the symptoms are and what lifestyle changes are going to be involved.

What is Celiac Disease?

Many people think that celiac disease is an allergy to gluten, this is in fact not the case. Celiac disease is actually an autoimmune disease, this means that the body’s own defenses mistake healthy tissue for something that is attacking the body and attacks the tissue in order to defend against the perceived attack.

In celiac disease, the body perceives some of the things found in gluten as a threat which provokes a response from the immune system. This causes damage to parts of the digestive system and prevents the body from being able to absorb some nutrients from food.

Most symptoms of celiac disease are related to digestion and include:

The biggest change your child is going to have to make is to modify their diet, it might be a good idea to try and eliminate gluten from the household as much as possible. Gluten is an ingredient in many foods; it is present in most grains such as rye, barley, and wheat which are present in many foods because most flour is made from one or both of these grains. 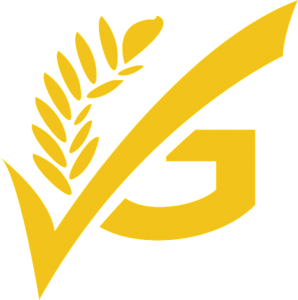 This means your child will have to totally avoid all foods containing these grains, or anything made from them. This includes foods like pasta, bread, pizza and most breakfast cereals, these foods can be hard for children to avoid but a gluten-free diet is the only treatment for celiac disease.

Explaining Things to Your Child

Having celiac disease is going to mean big changes to your child’s diet and because many of the foods they will have to avoid are the kind of foods that children like to eat they will probably try to resist these changes. You need to sit with your child and explain what celiac disease is, in a way that they can understand at their age. Even if that is just something as simple as explaining that if they eat these certain foods they will get a tummy ache, just give them as much information as you think they can handle. It may help to break the information down into smaller amounts, ask them how they feel when they are experiencing their symptoms. When they tell you they feel bad, explain to them that it has to do with the food they are eating and that no longer eating these things will relieve these symptoms.

You should also explain to your child’s school and any clubs or organizations they attend that your child has celiac disease and exactly what this means for your child’s dietary requirements. That way the school know what your child can and cannot eat and are less likely to offer them something they can’t have. Of course, your child still needs to be aware of their dietary requirements so that they know what to refuse if someone does offer them something with gluten in it, and why they need to refuse it.

Why Healthy Eating is Necessary for Your Kids

What are the General Signs and Symptoms of Diabetes?